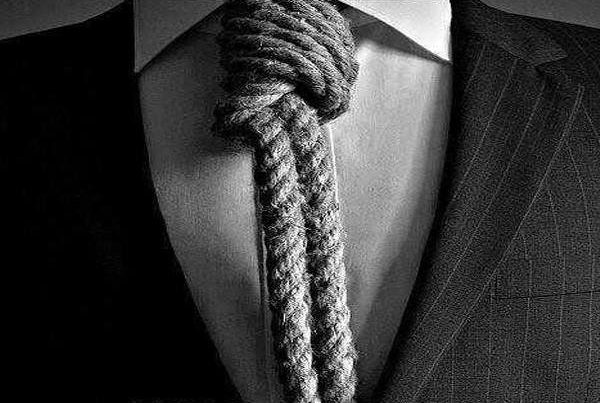 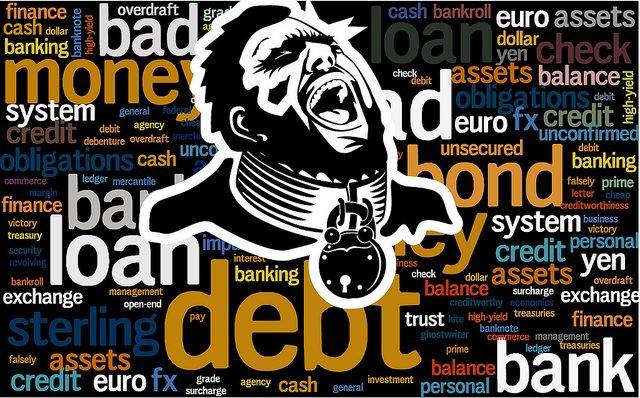 Whether working morning, evening, or graveyard, This standard of work is the result of continual improvement, in slavery conditions and compensation.

Where did the standard come from?
They call it the Industrial Revolution, and it begins a little before the 1800s.

“Industry” – economic activity concerned with the processing of raw materials and manufacture of goods in factories.

The drawback is that in a capitalist society, “Industry” is provided by for-profit companies and governments. With no formal working regulations at the time, and controlling the majority of the work opportunities at the time; companies could easily demand 10 to 20 hours daily, 6 days a week, man woman or child.

A system of wage slavery that was perfected In the northern states just in time for the Civil War and the release of 2 million physical slaves into the workforce.

As I’ve said before African Americans did not earn their freedom or fight their way out of freedom, the end to “chattel” slavery was a result of an economic dispute between the North and the South, and their mental and social slavery remain today.

By the early 1900’s, the typical low-end work week was 10 plus hours a day, 6 days a week. Eventually, with a recovering economy and a much stronger workforce; Combined with 50 years of fighting, voting, protesting, and forming unions, workers were able to reduce work hours and shifts to the 40 hours a week 8 hours a day.

In 1937 the eight hour work day was standardized in the United States and regulated by the federal government according to the Fair Labor Standards Act. Which basically makes companies pay overtime Over 40 hours in an attempt to make it less profitable, and less likely for businesses to encourage. It worked and stuck, so the 40 hours a day work week was created. 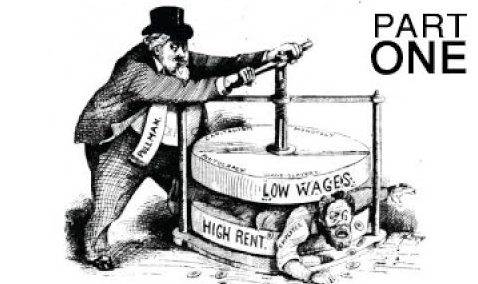 An 1869 New York Times article described wage slavery as “a system of slavery as absolute if not as degrading as that which lately prevailed in the South”.

Wage slavery is not much different than physical slavery, Were the claims of those opposed to a capitalist society, as many of the white slave owners in the south.

Southern slave states argued that Northern workers were “only free but in name, that they were slaves of endless toil, and that their slaves in the south were not homeless, starving, or in jail for due to poverty, but were actually better off on the plantation”. This contention has been partly corroborated by some modern “studies” that indicate some slaves’ material conditions in the 19th century were “better than what was typically available to so-called free union laborers at the time”.

“It is hard to have a Southern overseer; it is worse to have a Northern one, but worst of all when you are the slave-driver of yourself”.
– Henry David Thoreau

Abraham Lincoln and the Republicans argued that the condition of wage workers was different from slavery as laborers were likely to have the opportunity to work for themselves in the future, achieving self-employment. 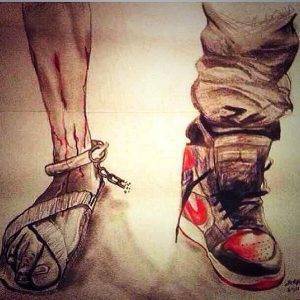 Similarities were blurred by the fact that proponents of wage slavery won the American Civil War, in which they competed for legitimacy with defenders of chattel slavery. But both the North and the South presented an over-positive assessment of their system while denigrating the opponent.

Let’s do the math.

I want to talk in general and broad averages. I say this so we do not nitpick exceptions, but to understand the general concept.

How long does it take your family to prepare and eat dinner?

Some consume pre-prepped processed by-products.
Some families choose to prep their own for safety purposes.
Plus extra eating, let’s say 2 hours. (-2) 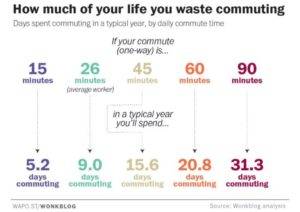 To raise, teach and have fun with your kids:

All this after as after a long day “at work”.

And since the math already doesn’t add up, guess what eventually becomes almost inconceivable:

You didn’t learn anything new in this section. This schedule and these numbers have bothered you since you found out about it as a child. Since then you’ve either accepted that it is the way life is and is your best option, or not. 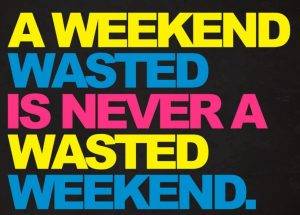 What we didn’t put into the numbers above was the weekend.

Most people that work weekends for someone else usually has two other days off, let’s include those “work weekends” as well.

The first thing we need to include in the weekend is what we haven’t addressed yet, just some rest and relaxation. From a long rest-less week.

We have religions that imply at the least that the weekend is for resting.

As ambitious as it sounds to use the weekend to help you squeeze in those 42 hours of productivity you couldn’t perform during the weekdays, it never ends up being healthy or optimal.

The Weekend actually ends up being an overindulgence and over-compensation. Many drink and use drugs more, party more, have your sex for the week, Binge sleep, binge watch tv, and much of that we have to find somewhere else for our kids to be doing that time.

But again, we learn nothing new.

The difference between education and enlightenment?

Enlightenment is when you discover something you already knew.

But what could you be? 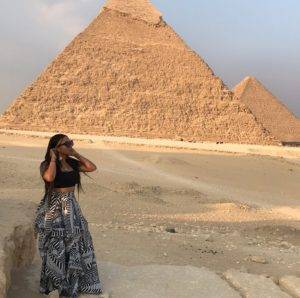 Just imagine with me for a minute that your home and utilities were just a one-time payment.
And you no longer had to pay for rent or mortgage, electricity, heat or cool air.

How long would you work at your current schedule?
What would you eventually do differently?

What type of person would you be?
How much more often would you travel?

How long is the new list of What don’t you have time for?

Finally, is that list a requirement or an option Before you die?

Time is irreplaceable and therefore the rarest thing in the universe.
ALL “9 to 5” jobs are underpaid. 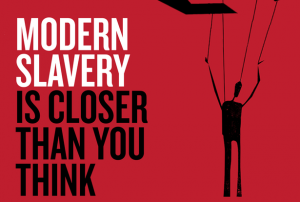 But just enough to survive is an opinion. Some monks and scientists will tell you technically that slaves had plenty to “survive” on.

On the other hand, this is how employees to this day describe their jobs.

The difference is ownership, which changes and minimizes your slavery alternative options. But then, again what is ownership of a means of control.

In Chattel (or ownership) slavery your options were to:

In wage slavery (or social) slavery your options are:

So yes…technically, at least that part, Kanye was right, when it comes to slavery there are always options, and there is always a choice.  Just because you don’t like the choice doesn’t mean there isnt one. As a coping mechanism, people often convince themselves that the options they do not like, are not options at all. But it’s not all your fault, it’s not without the help of mental slavery and it’s agenda.

Mental slavery is a Blog topic on its own,  its discussion would include paternalism, religion, and politics. we won’t delve into those topics too much now but I will say this, calling someone else “Boss” and/or “Superior” has a psychological effect and more importantly, are inaccurate. And you are therefore subliminally, habitually lying to yourself.

The education system is rigged.

You’re not taught how to provide yourself with food, clothes, and shelter.

You are taught to rent your time and exchange for food clothing and shelter.

And so you won’t develop in these areas yourself, you are deliberately miseducated in the areas of health, history, linguistics and the sciences.

American Education, in reality, is just a training course for the American Workforce.

The workforce system is rigged

After the rig education system, you are a transferred to Stage 2, the rigged Workforce system. That good old 9-5 that we spoke about previously. A system that pays you just enough to recoup and prepare for another hard work week, limiting your time, shortening your life, while making a small minority completely free of time and financial restraints…Owners… we’ll get back to that word.

The first let me ask you a few questions.

What if you didn’t go to school?

I could keep going… I think I will

The Bible says with food and shelter be content.

Science says, like a plant that naturally grows toward the sun to its fullest potential. The only difference is that you can mentally…Consciously stunt your own growth. And adversely we can consciously boost our growth. 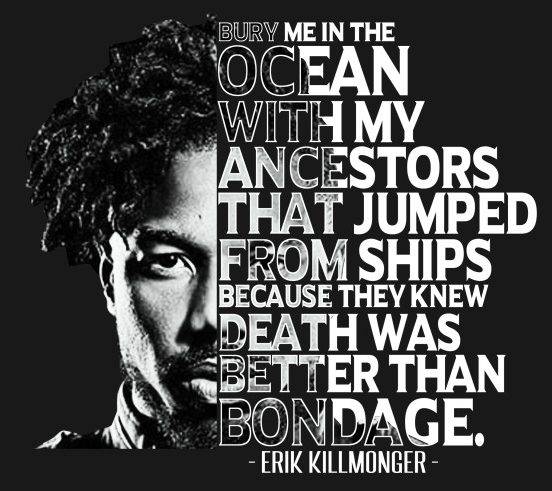 This is getting pretty long so we’ll get deep into the solutions another time, but be confident that there are ideas and options for you in this new age, Including:

Join the newsletter and get it free.

Let us know your thoughts below.