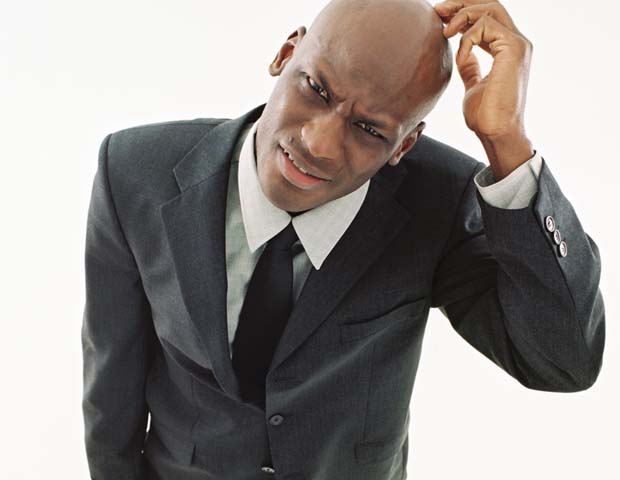 I bought into the worst stereotypes about black small-business owners, even after I became one.

It takes work not to feed the stereotypes we have about ourselves.

“This is my first black event,” I said to the woman in the space next to me.

Anxiety laced my voice as I spoke this uncomfortable truth out loud. I am black, she is black, and we were commiserating as black vendors at a cultural festival. Both of us were frustrated by the lack of organization during the load-in, which was supposed to begin at 7 am and didn’t get going until an hour later. By 8:30, it looked like organized chaos. There was a check-in table but also a “get in where you fit in” attitude as to where each vendor should set up their booth to sell their wares. The police were supposed to shut the street down at 8 am. That didn’t happen until about 8:45.

I compared this experience with how a weekly arts festival is run on another side of town. I thought, This is why I don’t do black events.

As I stood underneath my vending tent with my novels on display, on a block where there are five thriving, black-owned brick-and-mortar businesses, in a neighborhood that’s beginning to see the slow-creep of gentrification (white joggers, anyone?), I realized I held the same stereotype against other black business owners that someone else would have against me.

I am a small-business owner. I am a black woman business owner. I’m an independent publisher and author. All of these facts could be knocks against me as reasons why others wouldn’t, won’t, and sometimes don’t support me. And yet here I was, doing the same thing — even if it was only internally — to another black business owner: This event is not organized. It’s not on time. It’s not well advertised. I don’t even know if it will be well attended. Was it even worth the vending fee?

The fact I had these thoughts to begin with was damning enough. But as I mulled over my own actions and reactions, thought processes, and habits, I wondered whether a part of me had been conditioned to expect less than excellence when dealing with my own people, race, and culture. Because when I actually thought about those events on the other side of town, though they might have had more experience in organization, they were just as hectic, chaotic, and stressful.

By the time the black vendor event actually started, all was well and nearly everyone — organizers and participants — was in place, ready to have a good day. Yet I was still disturbed that I was almost ready to write off an entire event because it was different from what I was used to.

I am well aware of the presumptions facing black business owners. They are the same stereotypes memed and joked about on Black Twitter when discussing the great chicken sandwich wars of 2019 between Popeyes and Chick-fil-A. The inherent notion that a business — black-owned or black-affiliated — will automatically have poor customer service, lazy workers, inconsistent hours, and a host of other negative attributes just because of the neighborhood in which the business is located, the clientele it serves, or the race of its owners is harmful and damaging.

There is no truth to these ideas. (Even if they can be applied to one business, that does not mean the generalization fits for all.) Just as there is no truth to the minstrel caricatures of black life in which we are lazy, shiftless workers who are always looking for an easy way out, who want to spend our days doing nothing but spitting watermelon seeds and drinking sweet tea.

Enslaved people were considered to be lazy, intellectually inferior, and so child-like that they would not be able to manage freedom on their own — even though they built the infrastructure that made this country, and despite the fact that the plantations on which many of them labored were run like major corporations. That work is rarely, if ever, acknowledged, and contributions by black people post-Civil War are limited to fights for freedom, athletic prowess, and great entertainment. The strides made in business and the sabotage that racism wrought — like Black Wall Street — rarely get a blip of attention outside of economic and academic circles.

However, these false generalizations and caricatures have been force-fed to American people — black and white — and to people around the world. Through cartoons, movies, figurines, racism, and systemic oppression, I believe there has been a deliberate and sinister movement to condition people to believe the worst about black business owners and employees. No matter how many positive examples of thriving black-owned businesses exist, they are considered to be the exception and not the rule.

However, black-owned businesses experienced the largest growth among minority-owned businesses from 2002 to 2011, according to the US Census Bureau. In 2015, the Census Bureau reported that black-owned firms grew nearly 35 percent from 2007 to 2012. And when it comes to women, they make up 38 percent of black small-business owners, according to a survey from financing company Guidant. That same survey also found that lack of capital and cash flow are among the biggest challenges for black business owners because they receive lower loan amounts than non-minority-owned businesses. Yet black buying power is expected to hit $1.5 trillion by 2021.

But here’s the rub: Only 3 percent of that buying power is spent at black-owned businesses.

In other words, I am not the only black person who has ingested these stereotypes. Why are we like this? It does us no favors. With the onset of the holiday shopping season, there will be money spent by the black community, and there is money to be made within the black community at black-owned businesses.

Last year, Raynell Steward, a.k.a. Supa Cent, founder and CEO of black-owned cosmetics company the Crayon Case, famously documented on social media how she made $1 million dollars in 90 minutes on Cyber Monday. Her success before and after that viral moment is proof that black-owned businesses can not only compete in the marketplace but also excel. However, the real truth is that black-owned businesses have been competing and succeeding in the marketplace since before Madam C.J. Walker, who’s often noted as the first black female millionaire in America, revolutionized black hair care at the turn of the 20th century.

As for me, I plan to continue to show up as a vendor, business owner, publisher, and author in my community as much as I show up outside of it. Stereotypes and stigmas are only real if we feed into them, and with as much buying and spending power as the black community holds, it’s well past the time to put those harmful and damaging ideations to bed.

And if you’re wondering how I did at that “black event,” I sold 19 books that day. One book sold out within the first two-and-a-half hours. So, yeah, I’ll be back in my community this holiday season at what’s being called the Melanin Market, and I’ll be buying black all year round.  – By Nikesha Elise Williams